February birthstone is a regal one. Amethyst was loved by both kings and queens for centuries. Gemologists and consumers both love amethyst because it's an affordable, beautiful gemstone. It's a hard and durable gem from the quartz family measuring 7 on the Mohs scale.

(though the gemstone themselves need not be from Siberia). Less saturated amethyst with a pink hue is named "Rose De France".

Up until the 19th century, amethyst was as expensive as ruby and emerald until large deposits were found in Brazil.

It is believed amethyst posses powers to change anger to tranquillity and is used by crystal healers to transform negative energy into positive energy. Its name derives from the Greek word "Amethustos", "A" meaning "not" and "methustos" meaning "to intoxicate". It was believed in ancient times, lords who wanted to stay sober had drinking goblets made from amethyst.

Amethyst is given on the 6th wedding anniversary.

Shopping for Amethyst: What to look for 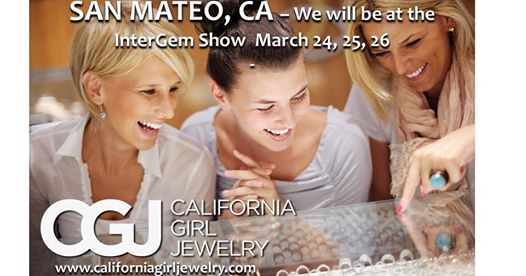 California Girl Jewelry's ode to February: Uruguayan amethyst prong set in an antique (1880s) 18K white gold setting with diamonds on every petal. In addition to the hot pink flash, this 18 carat amethyst from Uruguay has an electric blue flash with a deep purple color. 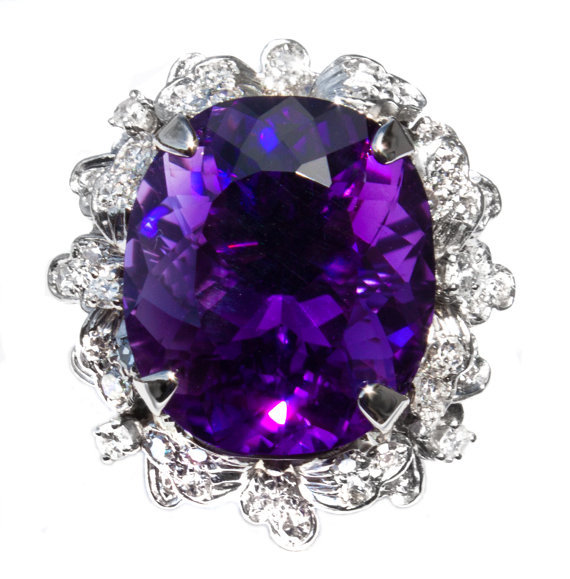